SSTV stands for Slow Scan Television – it’s not really “television” in the traditional sense, but it’s a way of sending pictures over the radio.

What’s the point of SSTV?

It’s another aspect of amateur radio – the ability to send a picture over our amateur frequencies. The pictures aren’t always great quality, and it can take anything from 30 seconds to a couple of minutes to send an image – but there’s something very rewarding in, say, downloading a picture sent from the International Space Station, or receiving an over-the-air postcard from an amateur round the corner, or round the world.

How do you send an SSTV image?

You’ll need special software on your computer. The software encodes the image, adds your callsign and other text, and turns it into a sound file. The computer then sends that audio file over the air, to be decoded by anyone receiving the signal.

Most amateurs use a rather outdated program called MMSSTV to send and receive images. There’s also software called EasyPal that does a similar job.

What else do I need to know?

There are several different formats used to encode images – Common modes include Martin, Scottie and Robot. Images from the International Space Station tend to be in PD90 format. Some software will automatically detect the format, others have to be set manually

There is a pretty effective app for smartphones and tablets – search for “SSTV” in the Google or Apple app stores.

Where can I hear SSTV?

The group Essex Ham has created a number of sample SSTV files – if you want to hear what SSTV sounds like, or test out your ability to decode images, try the following mp3 files of SSTV images:

Got a question about SSTV? Want to share an SSTV tip? Use the comments section below: 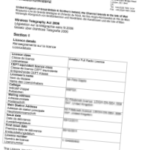 Can I inherit a family member’s callsign? 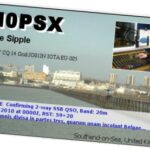 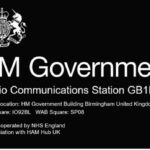 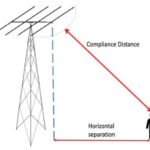 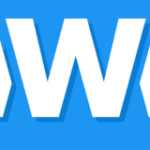 Just got your licence? Some websites to visit

This website uses cookies to improve your experience while you navigate through the website. Out of these, the cookies that are categorized as necessary are stored on your browser as they are essential for the working of basic functionalities of the website. We also use third-party cookies that help us analyze and understand how you use this website. These cookies will be stored in your browser only with your consent. You also have the option to opt-out of these cookies. But opting out of some of these cookies may affect your browsing experience.
Necessary Always Enabled
Necessary cookies are absolutely essential for the website to function properly. These cookies ensure basic functionalities and security features of the website, anonymously.
Functional
Functional cookies help to perform certain functionalities like sharing the content of the website on social media platforms, collect feedbacks, and other third-party features.
Performance
Performance cookies are used to understand and analyze the key performance indexes of the website which helps in delivering a better user experience for the visitors.
Analytics
Analytical cookies are used to understand how visitors interact with the website. These cookies help provide information on metrics the number of visitors, bounce rate, traffic source, etc.
Advertisement
Advertisement cookies are used to provide visitors with relevant ads and marketing campaigns. These cookies track visitors across websites and collect information to provide customized ads.
Others
Other uncategorized cookies are those that are being analyzed and have not been classified into a category as yet.
SAVE & ACCEPT
Powered by